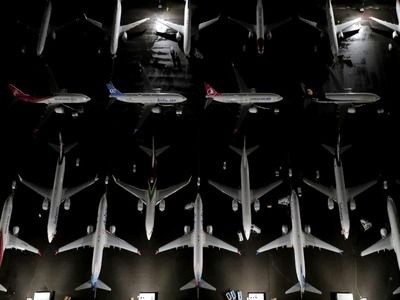 OREANDA-NEWS. Three US airlines - Southwest Airlines, United Airlines and American Airlines plan to launch a Boeing 737 MAX before they are officially authorized to fly, regardless of the manufacturing company or the US Federal Aviation Administration (FAA). This is with reference to sources reports the American media.

The newspaper notes that trial flights will be conducted in order to demonstrate the safety of the updated Boeing 737 MAX. Ordinary passengers will not be allowed on these flights, but airline leaders, journalists, and potential aircraft customers will be on board. Thus, the newspaper writes, flight participants will be able to “publicly confirm that all systems are working properly”, including the MCAS flight control system, due to a failure in which accidents occurred.

The media said that before the planes are again allowed to fly with passengers, more than a month can pass from the moment of testing. In addition, as one of the interlocutors of the publication said, before that, planes should fly about 100 hours, and pilots may be required to undergo additional training.