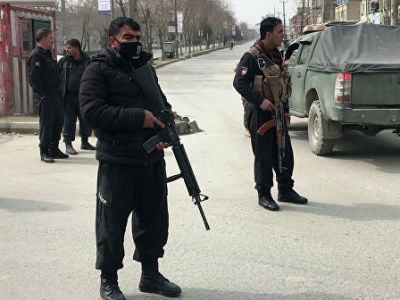 27 People Died in a Shooting in the Capital of Afghanistan

OREANDA-NEWS. In Kabul, during a ceremony devoted to the anniversary of the death of mujahideen leader Abdul Ali Mazari, killed by the fighters of the Islamic fundamentalist movement Taliban in 1995, unknown attackers opened fire.

Shooting began during a speech by former Afghan Vice President Karim Khalili. The representative of the Ministry of Interior Affairs of Afghanistan Nasrat Rahimi reported that 27 people were killed, 29 were wounded.

The head of the government of Afghanistan Abdullah Abdullah and former President of the country Hamid Karzai were among the guests of the event. None of the politicians were injured, they left the dangerous area.

The Taliban denied its involvement in the attack.

Afghan President Ashraf Ghani called the incident “a crime against humanity and national unity of Afghanistan.”