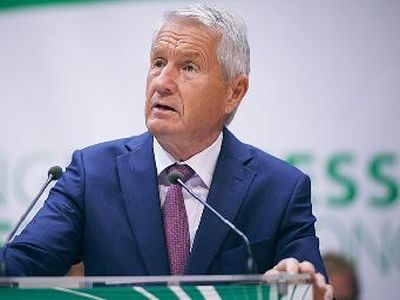 OREANDA-NEWS Minister of Justice László Trócsányi attended the ceremonious swearing in of Hungary’s new judge of the European Court of Human Rights, Péter Paczolay, in Strasbourg.

Following the ceremony, the Minister also held an informal meeting with Secretary General of the Council of Europe Thorbjørn Jagland, with whom he reviewed current political issues including amongst others migration, the Bill on the amendment on the Act on civil organisations currently before Hungarian Parliament, and the issue of the CEU.

During the meeting, which was held in a positive atmosphere, the parties assured each other of the need for constructive dialogue, to which the Hungarian Government is also open, as proven by today’s visit by the Minister of Justice.