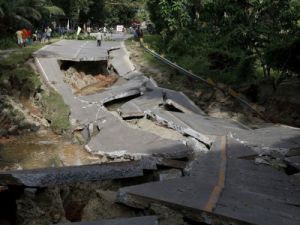 OREANDA-NEWS The earthquake prompted the residents of Istanbul to urgently evacuate from buildings. Despite the magnetic amplitude of 5.7 points, several citizens suffered.

Eyewitnesses say they felt rocking at home and shaking ground under their feet. The epicenter was in the Sea of ​​Marmara, 70 kilometers from Istanbul and south of Silivri. According to the measurements of explorers, the fault reached a depth of 12.6 km.

Authorities warn residents to be ready for the next push. Three seismic fault lines cross Istanbul.