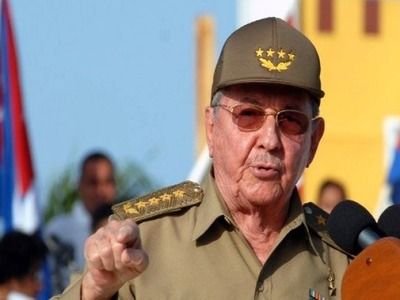 WorldWholesale of non-motor vehiclesTerritorial administrationInterstate relations
OREANDA-NEWS. Caribbean countries condemned US anti-Cuban measures, in particular the economic and trade embargo and the imposition of new sanctions against the island. This was announced on Thursday by the media.

It's noted that the heads of government of the states participating in the association at the next meeting in Barbados regarded such steps by the US authorities as "unjustified application of extraterritorial laws and measures contrary to international law". CARICOM members also expressed concern about obstructing the work of Cuban medical programs in a number of countries.

In addition to issues of economic cooperation, the development of joint measures to prevent the spread of coronavirus was on the agenda of the meeting. Founded in 1973, members of the Caribbean Community are Antigua and Barbuda, Bahamas, Barbados, Belize, Haiti, Guyana, Grenada, Dominica, Saint Vincent and the Grenadines, Saint Kitts and Nevis, Saint Lucia, Suriname, Trinidad and Tobago, Jamaica and Montserrat (possession of Great Britain).

The United States severed diplomatic ties with Cuba in 1961 in response to the nationalization of American property on the island. After that, Washington announced the introduction of a trade and economic embargo on this country.
Source: OREANDA-NEWS
Материалы по теме: