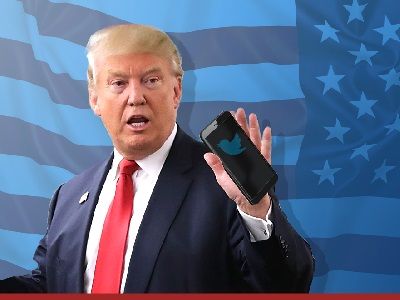 Donald Trump Canceled Talks with Vladimir Putin - What It Means?

OREANDA-NEWS US President Donald Trump has decided to refuse to meet with Russian leader Vladimir Putin on the sidelines of the G20 summit because of the incident in the Kerch Strait.

The head of the White House wrote on his Twitter page on Thursday.

"Based on the fact that ships and sailors have not returned to Ukraine from Russia," Trump said, referring to the recent incident in the Kerch Strait," I decided that it would be better for all interested parties to cancel my previously planned meeting in Argentina with President Vladimir Putin."

The head of the White house added that he is looking forward to "a significant [Russian-American] summit as soon as the current situation is resolved."

What happened essentially contradicts the statements of the Trump, with which he spoke hardly an hour before the publication of this record on Twitter. The US President said in an interview with journalists that the bilateral meeting is likely to take place, that now it is "a very good time". He also claimed that he would take a decision only after receiving the final report of his assistants on national security and foreign policy on what had happened in the Kerch Strait.

On Tuesday, White house press Secretary Sarah Sanders and us presidential aide for national security John Bolton confirmed that the us leader expects a bilateral meeting with his Russian counterpart on the sidelines of the G20 summit. At the same time, a few hours later, trump essentially did not rule out the refusal to negotiate because of the situation in the Kerch Strait. The current meeting of the group of twenty will be held from 30 November to 1 December in Buenos Aires.

Experts sure that US President Donald Trump, by his refusal to meet with Russian leader Vladimir Putin, showed that the situation around the aggravation in the Azov sea is more important for him than the interests of his own country and the issues of the whole world.

The Kremlin has already responded to the statement of the American leader. Press Secretary of the President of Russia Dmitry Peskov said that if the cancellation of the meeting still happens, Putin will have two extra hours. At the same time, he noted that Moscow has not yet received official information.