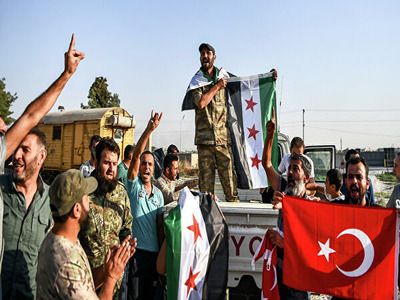 WorldTerritorial administrationMilitary securityInterstate relations
OREANDA-NEWS. The EU called for an immediate de-escalation in Idlib, announced that it “regrets all the victims”, and warned that it is ready to “defend its own security interests”. The corresponding statement was published on Twitter on Friday by the head of the EU foreign service, Josep Borrell, after the publication of information that Turkey could release Syrian refugees to Europe.

Earlier it was reported that the armed Syrian opposition, on the side of Turkey, launched an offensive on Thursday the position of the Syrian army in the province of Idlib. This was reported by the Turkish television channel.
Source: OREANDA-NEWS
Материалы по теме: