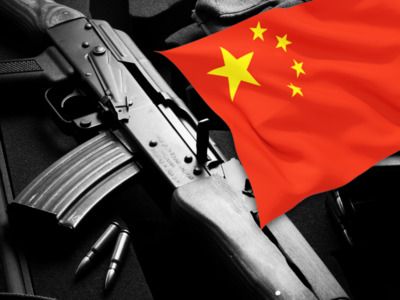 Experts: China Ranks Second after United States in Terms of Arms Sales in the World

WorldWholesale of non-motor vehiclesMilitary securityInternational activities
OREANDA-NEWS. China ranks second after the United States in the world in terms of arms production and sales. Russia takes third place, the authors of the special report of the Stockholm International Peace Research Institute (SIPRI) published on Monday write.

In 2017, the first twenty from the list of 100 largest companies in the world, according to information available to SIPRI at that time, consisted of 11 American, six Western European and three Russian companies. Sales of American companies from the top 100 reached $ 226.6 billion, Russian - $ 37.7 billion. If the data on the four main Chinese manufacturers were available then they would all be in the top twenty with total sales of $ 54.1 billion, and three of them would be in the top ten.

This report, according to the experts of the institute, who first received data on China's sales for 2015-2017, gives the most complete picture of the modern potential of the Chinese military-industrial sector and its member companies. Prior to this, due to the lack of necessary data, accurate estimates were impossible, as a result of which Chinese manufacturers were not included in the top 100 list.
Source: OREANDA-NEWS
Материалы по теме: