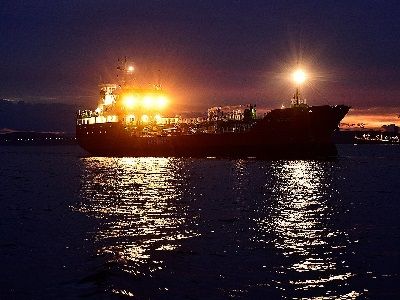 OREANDA-NEWS   In South Korea, six sailors from the Russian ship Palladium were convicted, Roman Bykov, a representative of the Consulate General in Busan, told.

Russian citizens were found guilty on four counts: in resisting arrest, leaving the port without paperwork, as well as in spite of the arrest imposed on the ship, disobeying the coast guard teams.

The ship owner was sentenced to two and a half years in prison and a fine, the captain - one year and a fine, three sailors - ten months in prison, another defendant received a suspended sentence of ten months with deferred execution.

The sentence comes into force in a week. During this time, seafarers have the opportunity to appeal.

Initially, the ship was detained because of debts on the salary of the crew. The sailors could not return to Russia, as the owner, citing the lack of funds, refused to pay for the tickets.

Then, in August last year, the shipowner, who arrived on the ship while it was waiting for a storm at sea, took over the functions of captain and gave the order to move towards Japan, despite the lack of necessary documents for this.

The Palladium did not obey the coast guard orders, there were warning shots. It managed to stop only after landing.

Four were detained, and then two more Russians. They were charged in September.

On September 29 it became known that in South Korea detained the Russian vessel "Sevastopol" belonging to the Vladivostok company "Hudson". The port of Busan does not allow the ship to go to sea due to the fact that American sanctions are imposed on it.  The crew of "Sevastopol" consists of 12 people. The vessel was in South Korea in connection with repair.