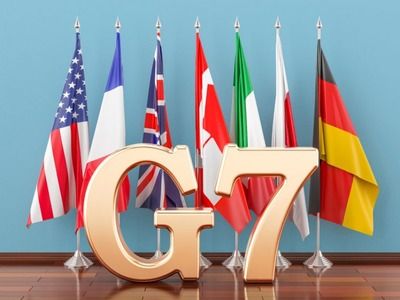 WorldDiplomatic organizationsInternational activitiesInterstate relations
OREANDA-NEWS. G7 countries will conduct joint exercises to counter threats in cyberspace, as well as to improve information protection mechanisms in June. This was announced on Friday by the Minister of Economy and Finance of France Bruno Le Mayor, speaking at the opening of a conference on information security in the financial sector.

“As chairman of the G7 this year, we decided to hold cross-border exercises in the countries with the simulation of a cyber crisis next month,” he said. “I’m sure we can take a lot out of these exercises and together improve our resilience to such threats, and collaboration mechanisms". The minister said that a truly effective fight against threats in the information space is possible only at the global level, so "the principles that are developed within the G7 must be accepted by a wider range of countries". “G20, as the first step, and further other countries, as the second step,” he explained, noting that criminals will look for loopholes in the systems of the least protected countries.

“Banks and financial institutions should continue to strengthen against potential cyber attacks”, Le Mayor said. He recalled several large-scale hacker operations involving the spread of Wannacry and notPetya viruses, which caused millions of euros to the banks and various commercial organizations. According to the minister, Banque de France, which serves as the country's central bank, has already developed measures to test financial institutions for resistance to cyber threats, while recognizing that banks "have yet to do domestic work" to meet the increasing requirements in this area.

“Now we are not focused on raising awareness of cyber threats in the financial sector, you already know about them well, and financial institutions know about this risk. The time has come to take measures on risks related to information security. We need to ensure a closer interweaving that were taken independently in different jurisdictions", he concluded.