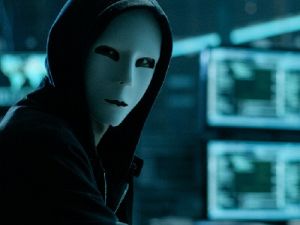 OREANDA-NEWS  Hackers posted on the Internet personal data of hundreds of German politicians. The first reported TV and radio station RBB, then the fact of the leak was confirmed by the speaker of the German government, Reuters reported.

Links to documents with mobile phone numbers, addresses of politicians and links to party documents (for example, lists of participants of party congresses) were published on Twitter on the eve of Catholic Christmas, but it became known about the leak only now.

Some documents are of a more private nature are fragments of chat rooms, personal correspondence, credit card data and Bank account numbers, etc. In other cases, the documents are old, many of them for several years.

Among the victims of hackers politicians-members of all political forces in Germany, a total of more than 400 members of Parliament. Hacker attack bypassed only representatives of the populist party "Alternative for Germany", noted RBB.

In addition to the data of German politicians, hackers published data of journalists of TV channels ARD and ZDF. In particular, we are talking about the journalist Hayo Seppelt, who specializes in the problem of doping.

Bild newspaper also reported that the leak affected the personal data of German Chancellor Angela Merkel (in particular, the Fax number of the reception, e-mail address and several letters). The government speaker later said that no significant data Merkel has not been compromised.​

Government networks are also safe, official authorities said. "At the moment there are no concerns about the security of government networks," — said in a statement of the German Federal Agency for security in the field of information technology on Twitter. Soon after the news of the hacker attack, the national cyber defense center gathered an emergency meeting, the authorities intend to thoroughly investigate the incident.

It is not yet known where the merged data could have been obtained.