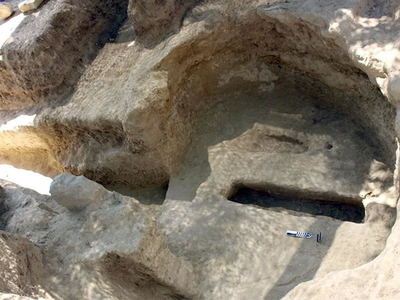 In Greece, Discovered Two Not Looted Tombs of the Mycenaean Period

WorldEventsКультурное наследие
OREANDA-NEWS In the necropolis of Aidonia in Nemea, two not looted chamber-type tombs of the Mycenaean period were discovered. It was told in the Ministry of Culture of Greece.

Archaeologists discovered a necropolis of the Mycenaean era in the 1970s. Subsequently, two dozen tombs were found there, almost all of which were looted.

New stone tombs were discovered during a systematic excavation conducted by the Corinthian Antiquities Authority in Mycenae.

The first tomb contained two primary burials and the bones of another 14 people. The second tomb was without a roof. Presumably, it collapsed in the era of Mycenaean palaces (about 1400 - 1200 BC), and primary burials were found in the tomb.