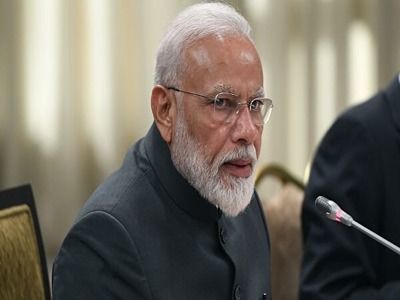 WorldInternational activitiesTerritorial administrationMilitary security
OREANDA-NEWS. India and the United States intend to begin negotiations on a large-scale bilateral trade agreement. This was announced on Tuesday by Indian Prime Minister Narendra Modi, making a statement after negotiations with US President Donald Trump.

"Our trade ministers held positive negotiations. We both decided that our teams should give legal form to these negotiations. We also agreed to open negotiations on a large-scale trade agreement", Modi said. Ahead of Trump’s visit, it was announced that the parties would discuss disagreement over trade restrictions. In March 2018, Washington imposed duties on imports of steel and aluminum - 25% and 10%, respectively. Fees apply to all countries that supply products to the United States, including India.

In response, in June 2019, New Delhi increased import duties by 28 commodity points from the United States: tariffs increased for chickpeas (up to 60%) and lentils (up to 30%), as well as for almonds, walnuts, apples, pears, some types metal products and a number of other products. Going to India, Trump announced that he would sign a trade agreement with India if it would be beneficial to the United States.
Source: OREANDA-NEWS
Материалы по теме: