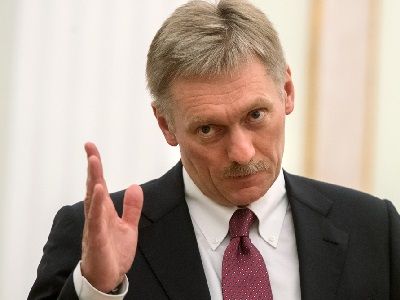 Kremlin: US Sanctions Against PDVSA is Illegal Interference in Venezuela's Affairs

OREANDA-NEWS The Kremlin sees as blatant interference in the illegal US sanctions against the Venezuelan oil company PDVSA.

"The legal leadership of Venezuela has already described these sanctions as illegal. We can fully join this point of view, " -said the press Secretary of the President Dmitry Peskov.

He recalled "a consistent approach to similar restrictions, which increasingly begin to use our American colleagues". "We do not think it is right, we believe it is often a manifestation of unfair competition. In this case, it is a continuing line on undisguised interference in the internal Affairs of Venezuela," the Kremlin representative said.

At the same time, he assured that Moscow will use all available mechanisms to protect its own interests if they are affected by US sanctions against Venezuela. "Naturally, we will protect within the framework of the current international law, using all the mechanisms available to us," the press Secretary of the President of the Russian Federation said.

The US administration on Monday announced the imposition of sanctions against the Venezuelan oil company PDVSA, one of the few sources of revenue of the government of President Nicolas Maduro. However, as explained by the US Treasury, US companies will be able to continue to carry out transactions with PDVSA provided the funds are sent to special blocked accounts, to which the current government in Caracas has no access.

Thus, according to Washington, the American side is trying to put as much pressure as possible to Maduro to hold early presidential elections.

Venezuelan President Nicolas Maduro sharply criticized the decision of the US authorities to impose sanctions against the state oil and gas company PDVSA, calling it "illegal, immoral and criminal".