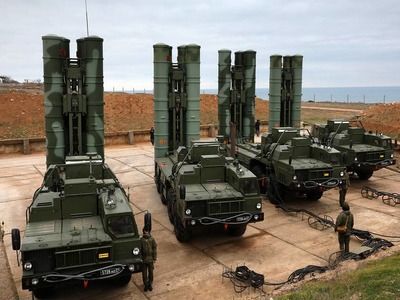 London Named the Most Dangerous Russian Weapons for Britain

WorldMilitary securityMinistries and departmentsInterstate relations
OREANDA-NEWS. The UK considers the Triumph S-400 anti-aircraft missile system, the Bastion-P coastal missile system, and the Iskander-M tactical-tactical complex the most dangerous types of Russian weapons. It's reported by the British online edition 360 with reference to the Assistant Chief of Staff of the United Kingdom Air Force Julian Ball.

The missile systems created by Russia require, according to Ball, an immediate response from the British, as they prevent London from responding quickly to a changing world situation. They are "casting doubt on Britain's ability" in this area, the commodore said at the DSEI 2019 arms show in London. To counter such a threat, the assistant chief of staff of the Air Force offers "collective conditions" with the help of artificial intelligence, the development of new types of weapons and tactics of warfare.

Earlier, Russian diplomats had already criticized the militaristic policies of the United Kingdom. The Russian Embassy in Britain is concerned that London is promoting its interests based on military power.