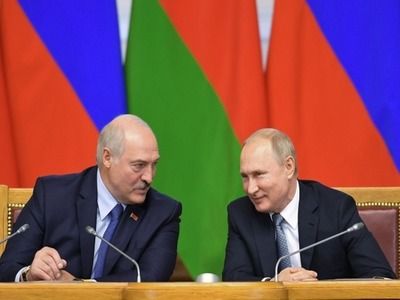 Minsk and Moscow Will Unite Information Resources Related to Migration

WorldStateFinancesInternational activities
OREANDA-NEWS. The draft concept of the migration policy of the Union State of Belarus and Russia provides for the pooling of information resources related to the stay of foreign citizens on the territory of two states. This was announced by the head of the Department of Citizenship and Migration of the Ministry of Internal Affairs of Belarus Alexey Begun in an interview with the departmental publication "On Guard", published on Tuesday.

“I hope that the document providing for a number of new approaches in the field of integration and the creation of a common migration space will be approved and approved”, the head of the department said.

The runner said that the draft concept spelled out "mechanisms for combining information resources, consolidating the efforts of law enforcement agencies to combat illegal migration, conducting joint measures to control the stay of foreigners, deportation and expulsion of unwanted persons, and interaction on issues of citizenship and asylum".
Source: OREANDA-NEWS
Материалы по теме:

EU prepares a new package of sanctions against the Belarusian authorities