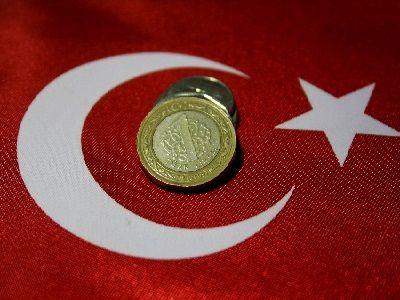 OREANDA-NEWS The Prosecutor General's office of Istanbul authorized the detention of 417 people. These people are suspected of economic crimes. Such information reports channel Hubertuerk on Tuesday. Police raids with searches began in the morning and are held throughout the country.

These persons are suspected of money laundering, actions that harm the economy and financial system of the country. It is believed that the total amount of funds received and transferred abroad by violators exceeds $400 million.

According to the investigation, the suspects from January 1, 2017 made more than 28 thousand transfers, each from five thousand liras (about $850 at the current rate), cash to accounts in banks outside Turkey. At the same time, the Prosecutor's office found that a significant part of the recipients of these transfers are Iranians living in the United States.

If charges are brought against suspects, criminal proceedings may be instituted under a number of articles of the Turkish criminal code, including money laundering, the establishment of a criminal group, and they may be charged with violation of the law "on prevention of financing of terrorism".

In late September, Turkey began to pursue opponents of President Recep Tayyip Erdogan, who are abroad, also in the United States. Erdogan blamed the "economic terrorists" in making conspiracies against the country, the dissemination of false messages. The head of state said that the perpetrators of such "conspiracies" will fall all the power of the law, and the authorities have already begun to identify individuals and organizations involved in hostile activities against Turkey, reports from Ankara Reuters.

The Ministry of internal Affairs of Turkey reported the identification of 346 addresses in social networks that spread posts about the exchange rate of the Turkish Lira, which created a "negative perception of the situation in the country's economy."