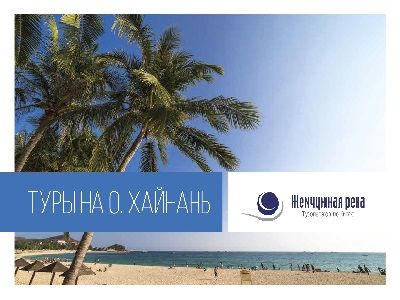 More Than Twenty Tourists, Who Stuck on the Hainan Island, Returned to Khabarovsk

OREANDA-NEWS  Twenty-four clients of the tour operator "Pearl river", stuck on the island of Hainan in southern China, on Wednesday returned by plane to Khabarovsk, the government of the region reports.

It is noted that last week they had to fly home, but could not due to the fact that the travel company has not paid for return tickets.

"Last Sunday, an emergency meeting on this topic was held by the Governor of the Khabarovsk territory Sergey Furgal. The authorities of the region decided on the return delivery of passengers. Previously managed to negotiate with the airline "Aurora", which was ready to return some of the tourists, but at the last moment the plans changed. The situation was joined by the Association of Russian tour operators "tour Help". The Association has paid for the services of the airline "Nordstar", which brought the second group of the Khabarovsk tourists", - stated in the message.

In total, 64 people have returned to Khabarovsk at the moment. According to the Head of the regional Department of Tourism Vitaly Selyukov, now on the island there are still about 120 tourists.

"To control the situation, we sent our employee there, who will coordinate all actions for further sending people home. There are several options on how to do this. You can use the airline "Aurora" or to attract the Ministry of emergency situations", - said Selyukov.

Earlier, the Federal air transport Agency reported that the "Pearl river" sold tickets to China for non-existent flights, law enforcement agencies were informed about the signs of fraud on the part of the tour operator.