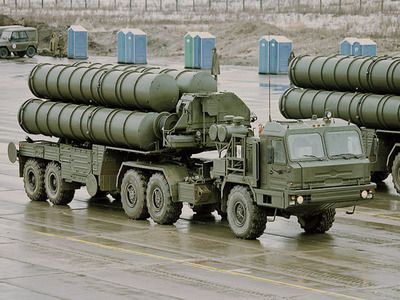 Named a Way to Sell Russian Weapons to Bypass US Sanctions

WorldMilitary securityInterstate relationsEvents
OREANDA-NEWS. A new government decree simplified the re-export of Russian weapons. It is assumed that this measure will bypass the US sanctions. In accordance with the document referenced by the Vedomosti newspaper, after resale of weapons to a third country, the final buyer will not have to submit a certificate to Moscow that he undertakes not to sell it further without Russia's consent. Now such a document the end user will provide only the direct supplier, and that one will notify Moscow.

The government acknowledges that the changes in the rules are related to US CAATSA law, which threatens sanctions for importers of Russian weapons. Since some countries began to fear purchasing Russian military products, they were decided to get rid of the document that provided information about the original seller.

Experts believe that the main buyers of Russian weapons (China, India, Vietnam, Algeria, Egypt) do not need such help. A representative of the Center for Analysis of Strategies and Technologies, Konstantin Makienko, indicates that they either ignore sanctions or agree with the Americans about exceptions for themselves. Rather, the document is intended for small countries in Africa or Latin America, which for the most part need light and small arms and ammunition. Arms manufacturers can earn several hundred million dollars a year on them.

A source close to the Ministry of Defense, while indicating that re-export existed before, but occurred in small quantities. For example, Sudan acquired attack aircraft Su-25 through Belarus. However, the United States did the same. It was in this way that weapons from Eastern European countries through the countries of the Persian Gulf fell to the opponents of the Syrian President Bashar al-Assad.