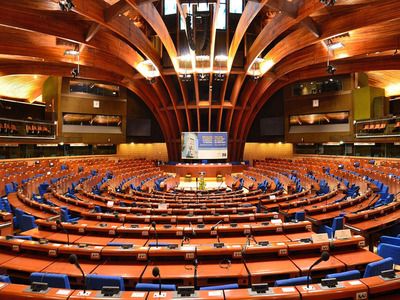 WorldInterstate relationsDiplomatic organizationsEvents
OREANDA-NEWS. President of the Parliamentary Assembly of the Council of Europe (PACE) Lillian Mori Pasquier admitted that not all delegations participating in the winter session will be able to confirm their credentials for the coming year. She said this to Russian journalists before the assembly meeting on Monday.

“Probably not, but let's see”, she said in response to a question about the likelihood of confirmation of credentials of all delegations at this session. The head of the assembly emphasized that this is a traditionally unpredictable process.

Earlier, Chairman of the State Duma Committee on International Affairs Leonid Slutsky said that the Russian delegation to PACE is ready for the attempts of the so-called Baltic Plus group, created by Ukraine with the participation of Latvia, Lithuania, Estonia and Georgia, to challenge its credentials at the winter session of the assembly.

For its part, Pascier’s office specified that it could be a matter not only of Russia, but also of the Swiss delegation due to the insufficient gender balance of its participants.
Source: OREANDA-NEWS
Материалы по теме: