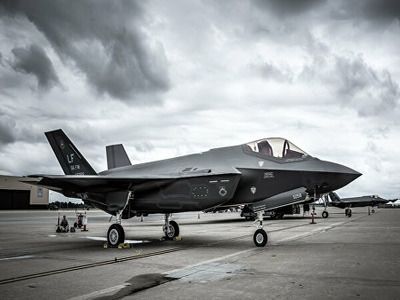 WorldVehicle commerceInternational activitiesMilitary security
OREANDA-NEWS. The Polish authorities this Friday will conclude an agreement with the United States on the acquisition of 32 fifth-generation fighter-bombers F-35. This was announced on Monday by the Minister of National Defense of Poland Mariusz Blaszczak.

“Already this Friday in Demlin at 15:00 (17:00 Moscow time) I will sign an agreement worth $ 4.6 billion for the purchase of 32 of the most modern fifth-generation fighter F-35”, the minister wrote on Twitter. At the end of September, the US Congress agreed to sell Poland 32 F-35 fighters. The cost of the contract is estimated at $ 6.5 billion.

In Warsaw, however, they stated that this is the starting price, and the Polish side intends to achieve its reduction during the negotiations. Today, the Polish Air Force is armed with 27 MiG-29s, as well as 48 F-16s and 18 Su-22s.
Source: OREANDA-NEWS
Материалы по теме: