Putin: Russia Doesn't Break into Council of Europe if They Don't Want to See Us There 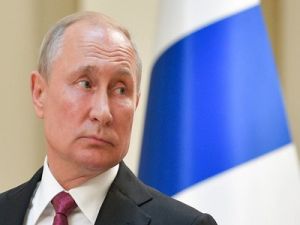 OREANDA-NEWS. Russia and the Council of Europe (CE) should be open-minded and address emerging issues together, Russian President Vladimir Putin said at a news conference on Wednesday following talks with Finnish President Sauli Niinistö. At the same time, he added that if Russia isn't expected in the Council of Europe, then it "won't break" there.

“We must treat each other with an open mind, objectively evaluate everything that is happening in our countries, and look together for a solution to those issues that arise”, said the President of the Russian Federation. “As for our work in the Council of Europe. We don’t rush there if they don’t want to see us there. But then those people whose interests you take such tender care of won't be able to turn to the European Court of Human Rights”, he added.

The delegation of the Russian Federation in the Parliamentary Assembly of the Council of Europe (PACE) in April 2014, due to events in Ukraine and the reunification of Crimea with Russia, was deprived of the right to vote, participate in monitoring missions and be part of the governing bodies. On June 26, 2019, the PACE session participants approved a resolution enshrining three key regulatory rules, according to which “the right to vote, speak and be represented in the assembly and bodies can't be suspended or withdrawn by contesting or revising powers”. The next day, all the powers of the Russian delegation were confirmed in full and without exemptions, after which the parliamentarians of the Russian Federation began full-fledged work in PACE.