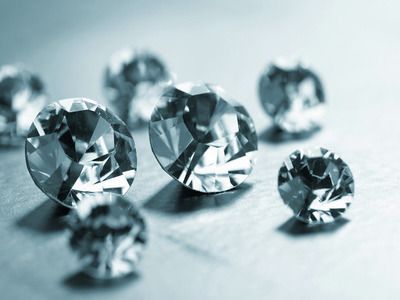 “The exhibition as a whole was rather weak, many buyers didn't come: they were frightened off by the mood that is on the market and the protests in Hong Kong. Nevertheless, the True Colors tender was great for us and attracted twice as many participants as last year. It was proposed about 250 stones of different colors and sizes, including unique pieces", said the source. "The results of the auction will be announced on September 24. I believe that the results will be better than the previous time", Vinihin said. According to him, this year many companies from Australia, mainland China, Hong Kong, and Malaysia participated.

“We have been preparing this event for a long time, conducting preparatory work, communicating and negotiating with customers. In addition, the high quality of our goods played a role. Unique stones were presented, including the pink (pink) category, which are very rare and fashionable", said the representative of the lapidary division of the company.

In general, according to him, stones of fantasy flowers are especially popular in the Asian market. “We will continue to hold True Colors auctions in Hong Kong, since this is the most promising market for us for this particular product”, the source said. He didn't rule out that at subsequent auctions pink diamonds will be allocated to a separate category of auction goods. During the first True Colors auction in 2018, Alrosa sold 210 diamonds worth $ 9 million.
Source: OREANDA-NEWS
Другие новости: