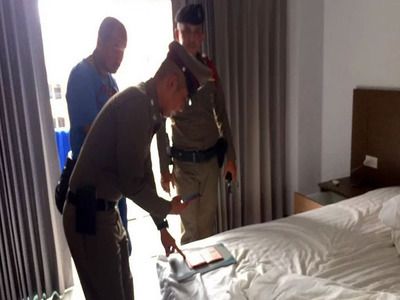 WorldTourismInternational activitiesIncidents
OREANDA-NEWS. A Russian tourist fell into a coma after falling from a balcony on the fourth floor of a hotel in Patong, Thai media reported citing local police. Police captain Patong Narypon Teule told the media that they were talking about 23-year-old Daniil Soloviev. According to him, the police had already studied the recordings of the hotel’s surveillance cameras and came to the conclusion that at the time of the fall the young man was alone in the hotel room.

The police captain also said that in the hotel room of a Russian tourist they found dried leaves of some plant, they had already been sent for a forensic examination in Phuket. Teule suggested it could be marijuana. Also on the balcony of the room they found a beer bottle. Now the tourist is in a serious but stable condition in the intensive care unit. In the fall, he also broke his right arm.

In November, a tourist from Russia drowned in Thailand. Ruslan Asaupov from Orenburg was on an excursion, during which an organized group examined several islands. The young man dived with a mask along with other tourists, and then the group guide found that he was lying motionless on the water.
Source: OREANDA-NEWS
Материалы по теме: