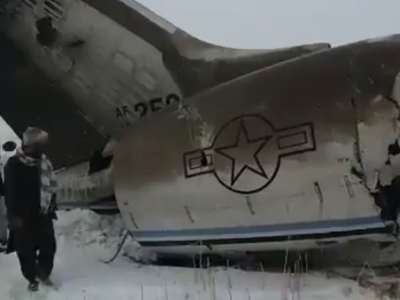 Taliban Claimed Responsibility for the Plane Crash in Afghanistan

OREANDA-NEWS. According to Associated Press, the representative of the fundamentalist Muslim movement Taliban declared that its fighters shot down an American military plane in the sky over the Ghazni Province in eastern Afghanistan. At the same time, the Taliban claims that this led to the death of numerous US military men.

Earlier, Afghan media reported that a passenger plane owned by Ariana Afghan Airlines with 110 people on board crashed in the territory controlled by the Taliban. The airline later denied these reports.

According to the Afghan portal Hama news, referring to experts, the crashed airplane, judging by the fragments of the fuselage, is Bombardier E-11A used by American army.

The US Central Command refused to comment on data about the downed aircraft. Earlier, the US military said they were studying information about an incident.
Source: OREANDA-NEWS
Материалы по теме: