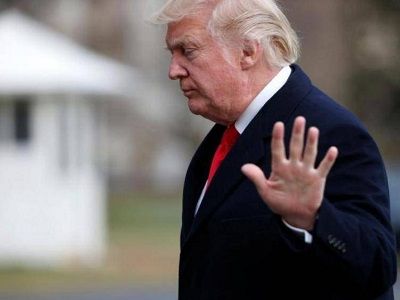 Trump Extended State of Emergency in the United States

OREANDA-NEWS Donald Trump extended the state of emergency for a year on Monday. It was introduced in the country after the terrorist attacks of September 11, 2001.

Donald John Trump is the 45th and current President of the United States.

President has ordered the extension of that act, known as Proclamation 7463.

The extension reads in part, “The threat of terrorism that resulted in the declaration of a national emergency on September 14, 2001, continues. The authorities that have been invoked under that declaration of a national emergency continue to be critical to the ability of the Armed Forces of the United States to perform essential missions in the United States and around the world to address the continuing threat of terrorism.”

The introduction of the state of emergency gives the President some additional legal powers, which he can use at any time.

A state of emergency was imposed in the United States three days after extremists hijacked planes and sent them to the towers of the World Trade Center in New York and the Pentagon. Two  towers were the symbol of business. Another plane crashed in Pennsylvania. In total, as a result of those terrorist attacks, about 3 thousand people were killed, 24 are missing. Then President George W. Bush explained the decision on the need for an emergency "the continuing direct threat of new attacks on the United States."

According to the current law, the state of emergency is automatically terminated if the President of the country does not send to Congress and will not order to publish in the Federal register a notice of the need to extend it for another year within 90 days after the next tragic date-September 11.