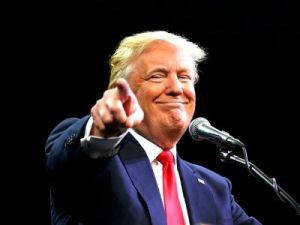 OREANDA-NEWS. The Attorney General of the USA William Barr gave to Congress the report based on inquest done by Robert Mueller, which declares there is no evidence of any agreement between Donald Trump and Moscow. The US president announced his full justification. Russian politicians comment on the fact of inquest.

US President Donald Trump gave his commentary on the statements given by William Barr, which were based on the report of Special Prosecutor Robert Mueller, who investigated the case of "Russian interference" in US election.

"It is shameful that our country had to go through this," Bloomberg cites the president’s words.

Earlier, William Barr told Congress that Mueller’s report on the results of the inquest does not contain any argument of collusion between Moscow and US president, as well as those associated with him in the election campaign. Mueller's report is dedicated to both Russia's possible interference in the elections, as well as Trump’s interference with the inquest. The proof, however, was not found, and Barr himself and Rod Rosenstein, his deputy, could not consider the presented evidence sufficient.

William Barr gave a report with conclusions from Mueller’s document to Congress. Barr explained that he could not fully submit the document, since this would be contrary to the law. However, Nancy Pelosi, Speaker of the House of Representatives, and Chuck Schummer, Senate Democratic Chairman, called for promulgation of the full version of Mueller’s report.

Member of the Federation Council of the Federal Assembly of the Russian Federation, Alexey Pushkov, commented on conclusions given by Robert Mueller. “The report will not prove “collusion with Russia”, because it does not exist. None of the “suspects” were conspired with Russia - neither Manafort, nor Flynn, nor others. The report will have a lot of smoke and fog, also various “highly likely”, but nothing specific. Again, the mountain has brought forth a dead little mouse,” Channel 360° cites Pushkov.

Nevertheless, Adam Schiff, Head of the Intelligence Committee of the US House of Representatives, said that the procedure of impeaching Donald Trump is not excluded in the light of completion of the inquest.