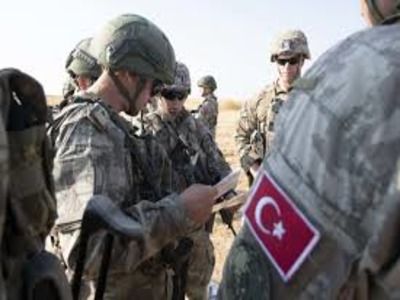 WorldTerritorial administrationMilitary securityInterstate relations
OREANDA-NEWS. Turkey sent additional military units to Syria on Wednesday. This was reported with reference to sources by the Turkish television channel. According to him, new Turkish reinforcements crossed the Syrian border at dawn and advanced towards the western regions of Aleppo province. According to the channel, the Turkish military is creating a new observation point, which will be located on the road between the settlements of Atarib and Al-Jin.

On Saturday, the Anatolian Agency informed that Turkey sent 300 convoys of trucks and armored vehicles to the Syrian border. According to him, the transfer of Turkish forces has been carried out over the past few days. Four de-escalation zones were created in Syria in accordance with the agreement reached in May 2017 at the talks in Astana (now Nur-Sultan) by representatives of Russia, Iran and Turkey. The territory of three of them in 2018 came under the control of Damascus.

On Tuesday, the Syrian Foreign Ministry said that the Turkish side violates the sovereignty of the Arab Republic by "deploying additional forces in the provinces of Idlib and Aleppo, as well as striking in Syrian territories, where civilians are present, and a number of military installations". In Damascus, they believe that Ankara’s actions are aimed at “saving the gangs” that are defeated as a result of the offensive of the Syrian army.
Source: OREANDA-NEWS
Материалы по теме: