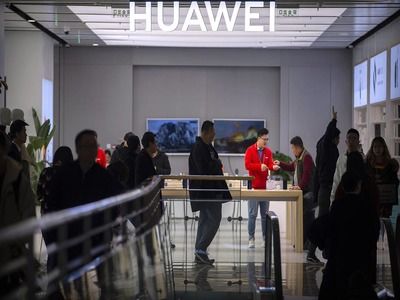 US Postpones Restrictions Against Huawei

WorldInterstate relationsInternational activitiesWholesale of non-motor vehicles
OREANDA-NEWS. The American administration extended the license for another month and a half, allowing national companies to supply products to the Chinese telecommunications corporation Huawei that do not affect the national security of the United States. This follows from the official notice of the US Department of Commerce, posted on Thursday in the electronic database of the Federal Register - a collection of official documents of the US government.

"The US government has decided to extend the temporary general license of Huawei Technologies until April 1, 2020", the notification says. The previous provisional license granted to Huawei by the US authorities expired on February 16th.

Last May, President Donald Trump signed a decree introducing a state of emergency to protect the US information and communications infrastructure from foreign threats. In this regard, the Ministry of Trade of the country from May 17 put Huawei on the black list because of the "threat to national security." The corporation stated to this that they carry out commercial activities in accordance with the law.

On May 20, the Ministry of Trade granted Huawei a temporary general license for a period of 90 days, which renews the right to provide network services and provide software updates for the company's mobile devices. Subsequently, the authorities twice extended the license for another three months. In August 2018, Trump signed a decree that banned U.S. government departments from using equipment manufactured by Huawei and the Chinese company ZTE.
Source: OREANDA-NEWS
Материалы по теме: