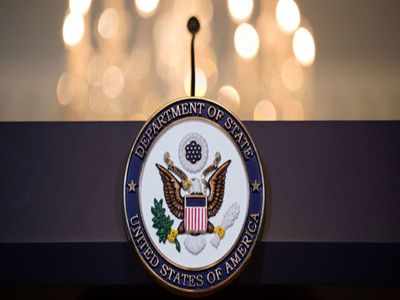 US Will Provide Ukraine with about $ 140 Million of Military Assistance

WorldState financeMilitary securityMinistries and departments
OREANDA-NEWS. The US administration decided to provide Ukraine with military assistance in the amount of approximately $ 140 million following a review of the relevant programs. This was announced on Thursday, responding to questions from a Russian media correspondent at a meeting with reporters, US Assistant Secretary of State for Political Affairs Clark Cooper.

“I am happy to tell the urgent news that we have sent an official notice regarding our accounts from which the security assistance is allocated to Ukraine. I am talking about a total of about $ 140 million in security assistance to Ukraine”, the US Foreign Ministry official said. He clarified that the notification he mentioned was sent by the administration to the US Congress. "So we passed an official notice to Congress", the diplomat said.

In late August, an American newspaper reported that US President Donald Trump had ordered a review of military assistance to Ukraine, which in fiscal year 2019 is $ 250 million in accordance with the US military budget. As the newspaper noted, the president wants to make sure that this money is used in the best way. from the point of view of the interests of the United States. At the time of the audit, these funds were frozen. Later, the publication informed that the Pentagon, as a result of the review of the package of military assistance to Ukraine, advocated its preservation.

According to the US Department of Defense, the amount of military assistance provided by Washington to Kiev since 2014 amounted to $ 1.5 billion. Earlier it was reported that the US Congress intends to restore the provision of financial assistance to Ukraine in the amount of $ 250 million in the event that US President Donald Trump decides to block it.