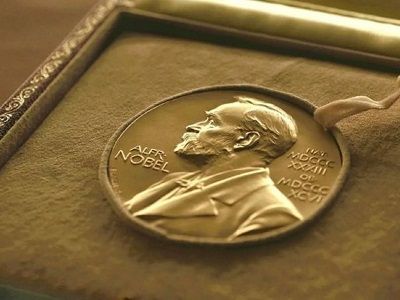 Winners of the Nobel Prize in Economics Were Announced

OREANDA-NEWS The prize of the Swedish national Bank for economic Sciences, established in memory of Alfred Nobel, was awarded to William Nordhaus and Paul Romer. A message about this posted on Twitter of the Nobel Committee.

The award they received for work in the field of global long-term macroeconomic analysis: Nordhus noted for the introduction of climate-smart, Romer — for an explanation of how economic growth is affected by innovation.

Unlike five other Nobel prizes in medicine, physics, chemistry, literature and the peace prize, the prize in Economics was not established by Alfred Nobel himself in 1901. It was established by the Bank of Sweden in 1968 on the occasion of its 30th anniversary.

Since then, the financial institution annually allocates the Nobel Committee an amount equal to the size of the award. The award itself is called the prize of the state Bank of Sweden in memory of Alfred Nobel. The size of the Nobel prize - 9 million crowns, i.e. slightly more than $1 million.

The names of the candidates for the award are traditionally not disclosed. Analytical Agency Clarivate Analytics makes its forecast in respect of likely candidates, based on the citation of scientific works of certain scientists.

In 2018, Spanish economist Manuel Arellano and British economist Stephen R. bond were among the favorites of Clarivate Analytics. These scientists study and develop statistical methods in economic analysis. In particular, they developed the Arellano-bond model, which is used to estimate the economic response to a policy change or other variable.

Among the applicants for the prestigious award, Clarivate Analytics also named researchers from the United States Wesley Cohen and Daniel Levintal, who could receive an award for the development and implementation of the so-called concept of the absorbing ability of the company-that is, the ability of companies to evaluate, assimilate and apply external knowledge. In addition, another economist from the United States, David Kreps, could receive the award. He made a significant contribution to the description of the dynamics of economic phenomena, theory of choice, Finance and games, experts say Clarivate Analytics.

Last year, the prize was awarded to the American economist Richard Thaler-with the wording "for his contribution to the study of behavioral Economics."

Thaler's work linked economic and psychological analysis of decision-making, showing that people do not always make decisions based on rational grounds.

The award ceremony will take place on December 10 in Stockholm, the day of the death of its founder Alfred Nobel.

The prize of the Swedish national Bank has been awarded since 1969.