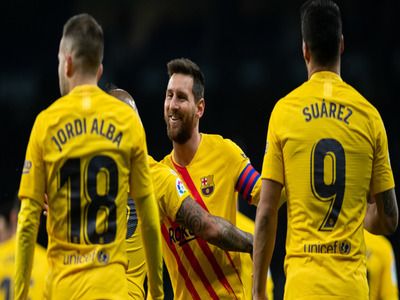 Physical activitySport objectsSportFinance accounting and audit
OREANDA-NEWS. Catalan “Barcelona” topped the ranking of European football top clubs with the highest incomes according to Deloitte, according to the website of the international consulting company. During the 2018/19 season, the current champions of Spain earned € 840.8 million, which is considered a record for European clubs. Prior to this, not a single club in Europe overcame the mark of € 800 million.

Real Madrid, the main rival of Barcelona, ​​was on the second line of the list, having earned € 757.3 million. The English Manchester United finished third season on this indicator from € 711.5 million. In the twenty teams with the highest incomes, not a single Russian one got. The richest clubs in Europe over the past season cumulatively earned € 9.3 billion, which is 11% higher than the same indicator the year before last (€ 8.3 billion).

In May 2019, Brand Finance consulting company published a report according to which Real Madrid was ahead of the British Manchester United and became the most expensive football brand in the world, whose cost experts estimated at € 1.6 billion. For the year, it went up by almost 27 % and became the most valuable in terms of business in the world of football.
Source: OREANDA-NEWS
Материалы по теме: