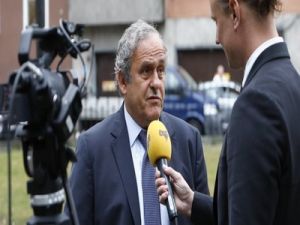 OREANDA-NEWS. Ex-UEFA President Michel Platini may resume football activities, sports media reported. “I have some ideas, but today it’s hard to talk about it”, Platini said. Platini also said that he was considering all possible options for continuing his career, but emphasized that elections for leading positions in FIFA, UEFA and the Football Federation of France would take place only a few years later. "Not now. I have time if I want to return to this”, quoted by the media.

In the fall of 2015, Platini was suspended for eight years from any football activity after a corruption scandal. The ex-president was convicted of receiving 2 million Swiss francs from the former head of FIFA, Joseph Blatter, from the funds of the football union. Platini's later disqualification was reduced to four years.

During the career of a football player, Platini played for Nancy, Saint-Etienne and Juventus. He acted as captain and head coach of the French national team, and was also one of the organizers of the World Cup in France, which ended in a victory for the hosts. From 2007 to 2017, Platini served as president of UEFA. Before getting disqualified, he planned to take part in the FIFA presidential election - in this post the Frenchman planned to replace Blatter.