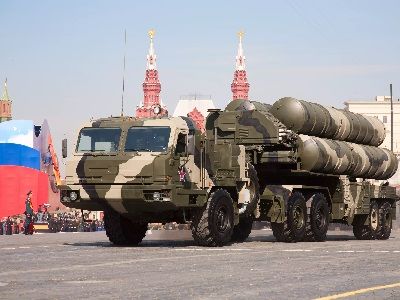 OREANDA-NEWS New division of the anti-aircraft missile system S-400 "Triumph" will take up combat duty in the Crimea before the end of the year, the head of the press service of the southern military district Vadim Astafiev said.

"In the near future, the new complex will replace the previous anti-aircraft missile system," he said, adding that this will happen as part of the rearmament.

Anti-aircraft gunners of the Fourth army of the air force and air defense began to prepare the equipment for the March to the loading station, where the anti-aircraft missile system will be delivered by train to the point of permanent deployment. Where exactly-not specified.

Also, the personnel made a multi-kilometer March through the landfill, where the anti-aircraft missile system C-400 was tested for vibration resistance in movement on different types of roads and at different speed modes. For machines not done no discounts on weather and climate conditions.

Mobile multichannel anti-aircraft missile system S-400 "Triumph" is designed to protect the most important political, administrative, economic and military facilities. Its performance characteristics is significantly better than that of the famous predecessor — the S-300PM. While the S-300, according to experts, significantly superior in performance to their foreign counterparts.

In September, the combat duty in the Crimea took the third division of the S-400 "Triumph". In January 2017, the first division took on duty, in January 2018 — the second.