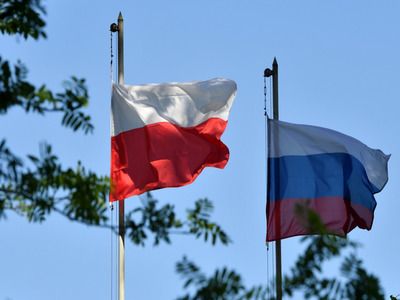 Russian Ambassador Explains Deterioration in Relations with Poland after 2014

StateDiplomatic organizationsInterstate relationsEvents
OREANDA-NEWS. In an interview with the Russian media, Russian ambassador to Poland Sergei Andreev, commenting on the deterioration in relations between Moscow and Warsaw, said that the worst relations with the Poles had been observed since the end of the Second World War.

“Until 2014, we had more or less decent relations, and we honestly tried to seek compromises on historical subjects with our Polish partners”, the diplomat said. He noted that there were significant disagreements on issues of principle, but both sides didn't seek to sharpen the debate. But after 2014, when relations deteriorated sharply, the Russian authorities decided that "it's time to call a spade a spade". According to the ambassador, the Poles are constantly trying to "retroactively replay history" and adjust its interpretation to the demands of the current political situation.

Another dispute between Russia and Poland over the role of both countries in World War II broke out after last September the European Parliament adopted a resolution stating that responsibility for unleashing the war rests not only on fascist Germany, but also on the USSR. Russian President Vladimir Putin has criticized this decision, calling it nonsense and shameless lies.
Source: OREANDA-NEWS
Материалы по теме: