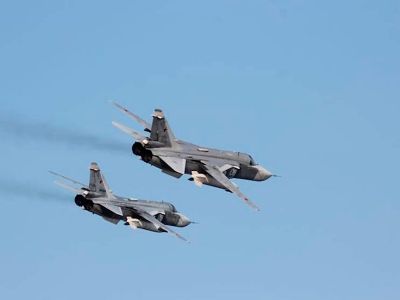 OREANDA-NEWS. The Russian Center for the Reconciliation of Opposing Sides in the Syrian Arab Republic reported that Russian Su-24 bombers attacked terrorists in the governorate of Idlib.

The Russian military reports that pro-Turkish militants supported by artillery of the Turkish Armed Forces overwhelmed defenses of the Syrian army. “In order to prevent the gangs from moving deeper into Syrian territory, at the request of the Syrian command, the Russian Su-24 aircrafts hit the bursting terrorist armed groups. This allowed the Syrian troops to repel all attacks successfully,” the statement says.

Russia called on the Turkish side to stop supporting terrorists and transferring weapons to them. “We draw attention to the fact that this is not the first case of support of militants from the Turkish Armed Forces,” the report says.