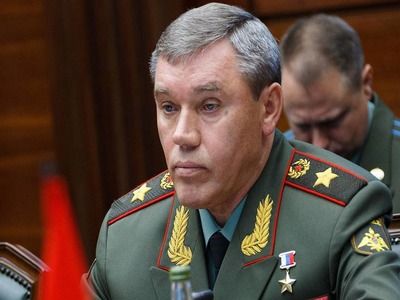 StateMilitary securityMinistries and departmentsInterstate relations
OREANDA-NEWS. NATO exercises in the Baltic countries, Poland, as well as in the waters of the Black and Baltic Seas indicate the preparation of the alliance for a large-scale conflict. This was announced by the Chief of General Staff Valery Gerasimov, speaking to foreign military attaches. "Military activity is intensifying in the Baltic countries and Poland, the Black and Baltic Seas, and the military exercises of the bloc are increasing. Their scenarios indicate a targeted preparation of NATO to deploy its troops in a large-scale military conflict", said Gerasimov, quoted by Red Star.

At the same time, he noted, the bloc promotes the thesis of the “Russian military threat”, interpreting any actions of Russia to ensure security or any planned transparent measure in the field of military construction as a “threat to peace”. "In the doctrinal documents of Brussels, Russia has the status of an adversary", the general emphasized.

Moreover, he added, at the last NATO summit in London, it announced the completion of the formation of forces and means of high readiness as part of the Four-Thirty Initiative. A substantial increase in the efficiency of the transfer of troops and reinforcing forces to the "eastern flank" of the alliance was also announced.
Source: OREANDA-NEWS
Материалы по теме: