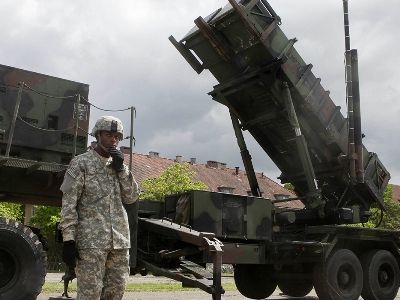 OREANDA-NEWS. Turkey asked the United States to provide it with Patriot anti-aircraft missile systems to cover its troops in the Syrian governorate of Idlib. This was reported by Bloomberg agency, citing a senior Turkish official.

Patriot systems should restrain the Russian aviation from the support of the Syrian government troops. According to Bloomberg, the installation of Patriot complexes that can act against Russian aircrafts will allow the Turkish forces to “punish” units controlled by Syrian President Bashar al-Assad leading the offensive in Idlib.

Over the past three weeks, about 14 Turkish servicemen died in Syria due to shelling by the army of official Damascus.

Now, according to a Bloomberg source, Turkey intends to start an offensive on the position of the Syrian army in order to protect the allied forces of militants and the armed opposition in Idlib.
Source: OREANDA-NEWS
Материалы по теме: