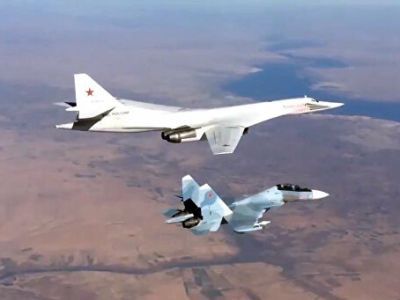 OREANDA-NEWS. Russia-24 television channel reported that militants and Turkish troops in the governorate of Idlib try to bring down Russian and Syrian aircrafts.

“The Syrian servicemen are literally saved by aviation, their own and Russian. Planes of Syrian Air Force and Russian Aerospace Forces stop the militants over and over again. At the same time, it’s dangerous in the sky above Idlib, militants and Turkish specialists use man-portable air defense systems actively,” a journalist reported from the battlefield.

It was also said that “Turkish artillery constantly strikes at the positions of the Syrian army here. Moreover, Turkish tanks go to the positions of terrorist militants of the Hayat-Tahrir al-Sham group and strike at houses located in the village.” According to Russia-24, the Syrian army in the village, where some of the fiercest battles are being fought, lost “a large number of armored vehicles and artillery” because of fire from Turkish military.