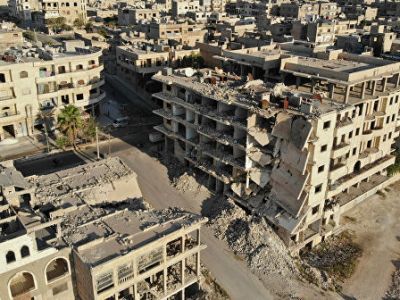 OREANDA-NEWS. US coalition’s statement says that since 2014, in Syria and Iraq, as a result of attacks of the coalition’s troops against the terrorist organization Islamic State of Iraq and Levant (ISIS), 1,359 civilians died.

“The Coalition conducted 34,725 strikes between August 2014 and the end of November 2019. During this period, based on information available, CJTF-OIR (Combined Joint Task Force – Operation Inherent Resolve. – Ed.) assesses at least 1,359 civilians have been unintentionally killed by Coalition actions since the beginning of Operation Inherent Resolve,” the message says.

Since 2014, the United States and its allies have been conducting an operation against ISIS in Syria and Iraq; in Syria they are acting without the consent of the country’s official authorities. In December 2018, Washington announced the destruction of the ISIS “caliphate” and the withdrawal of its troops from Syria. Nevertheless, the US military men still remain in the country. Active hostilities were stopped, but separate local operations against terrorists are still being carried out.
Source: OREANDA-NEWS
Подписывайтесь на наши группы: Instagram | VK | Facebook | Twitter
Материалы по теме: