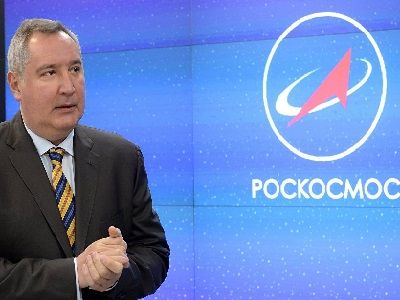 OREANDA-NEWS National Aeronautics and Space Administration (NASA) has invited the head of Roscosmos, Dmitry Rogozin to visit the United States at the beginning of 2019 to participate in the forum together with the Director of the office Jim Bridenstine. This was reported on Tuesday by the newspaper Houston Chronicle, citing NASA spokesman Megan powers.

The invitation, according to this information, was informal, but Rogozin "reacted positively to this idea." Specific details of the visit have not yet been determined, added powers.

The event will discuss the "history and relations in the field of cooperation in space between the two countries", was said. "We hope that by this time the investigation [of the accident of the Soyuz-FG launch vehicle, which started on October 11 from Baikonur] will be generally completed," NASA spokesman said.

Roscosmos has not yet commented on the possible withdrawal of the Head of the state Corporation Dmitry Rogozin from the sanctions for his trip to the United States, as has not yet received official documents about it, said the head of the press service of Roscosmos Vladimir Ustimenko.

"We have not received any documents on the withdrawal of the General Director of the state Corporation from the sanctions. We do not comment on this information yet. We are waiting for official documents, " said Ustimenko.

Earlier, Brydenstein in an interview with reporters said that the administration of President Donald Trump has decided on a temporary withdrawal from the American sanctions Rogozin so that he could make a trip to the United States at the invitation of NASA. Rogozin since 2014 is under U.S. sanctions in connection with the situation around Ukraine.