Transneft and Mail.ru Group Began Cooperation in the Digitalization Field 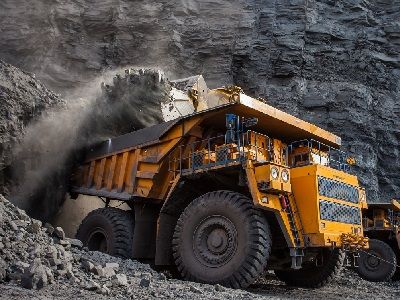 Investments in the Russian Сoal Industry Increased Almost 1.5 Times in 2018

OREANDA-NEWS The volume of investments in the Russian coal industry in 2018 increased by more than 45% and amounted to 150 billion rubles. This is the largest investment indicator for more than 20 years, Deputy Minister of Energy of the Russian Federation Anatoly Yanovsky said during the first all-Russian Congress of coal companies in Novokuznetsk.

"Investments in fixed assets increased, they increased by more than 45% and amounted to 150 billion rubles. This is the greatest value we have seen in more than 20 years. The main source of investment is depreciation. There is a tendency to equalize the share of profit and depreciation", - said Yanovsky.

Increased investment was achieved due to the growth of coal production. In 2018, coal production amounted to more than 439 million tons. The indicators of both coking and thermal coal have increased, the enrichment growth has continued — we have reached the figure of 200 million tons. Increased wages and headcount for the first time in eight years. According to Yanovsky, no one expected to see such a volume. At the same time, the volume of coal supplies to the domestic market and for export has increased.

He also noted that the number of loss — making enterprises in our country has decreased, profits have increased significantly-both before and after taxation. Growth of debt of the coal enterprises of Russia on loans and credits stopped. All this made it possible to increase investments in world capital by 150 billion rubles.