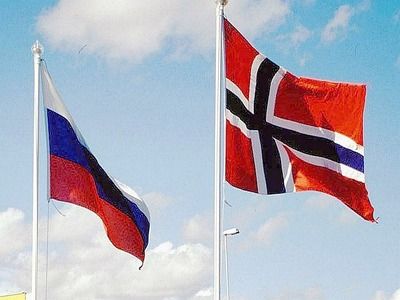 IndustryFishery, fish breedingInternational activitiesMinistries and departments
OREANDA-NEWS. The Norwegian experience in the technology of extraction of kelp and other algae is planned to be used in the Arkhangelsk region. This was announced on Friday by the Russian media following the results of the III Russian-Norwegian Pomeranian conference on fisheries in Arkhangelsk, the executive director of the Arkhangelsk experimental algae plant Alexei Korotenkov.

"This is the extraction of algae, namely, modern methods of extraction, we still extract, like centuries ago, using braids, the Norwegians - in a mechanized way. Together with science and our Norwegian colleagues, we need to choose a method that does not harm the environment", - said Korotenkov.

In the Arkhangelsk region, kelp is harvested in the summertime in the White Sea almost manually; “If we grow in terms of production, then we don’t have enough procurement volumes. And most importantly, the human factor. People, unfortunately, don't want to work in such conditions, because it’s hard. And they don’t agree even for a good salary”, the agency’s interlocutor said. We need to switch to mechanization, but without harming the environment".

According to him, in Norway, when harvesting algae, mechanical dredges are used that cut off kelp without damaging the base on which it grows. This method can be used on the White Sea. Korotenkov noted that Norwegian experience can also be used in processing, especially in the production of food products. “Seaweed fast food is fast food, but healthy”, he added.

This year, a record volume of algae was harvested in the region - 1.6 thousand tons of kelp and fucus. “This is despite the fact that there was practically no summer. Last year, for comparison, we collected 1.2 thousand tons of algae”, Korotenkov said. Extraction is carried out in the area of ​​the Solovetsky archipelago, near the Onega Peninsula, the islands of Zhizhgin and Bolshoi and Maly Zhuzhmui, part of the plots are located on the territory of Karelia. Arkhangelsk algae plant is the largest enterprise in the industry in the country and the only one that is engaged in complex deep processing of algae.