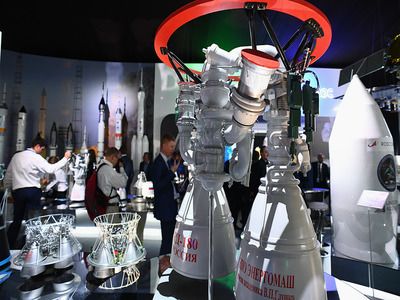 US Explained the Purchase of Space Engines from Russia

IndustrySpace transportationInternational activitiesEvents
OREANDA-NEWS. The head of the United Launch Alliance (NASA contractor) Tori Bruno explained why Russian RD-180 engines have been used for many years to launch Atlas family missiles. The president of ULA said this on Twitter, answering the corresponding question from the subscriber.

“The US government has asked us to buy them at the end of the Cold War so that Russian rocket scientists do not end up in North Korea and Iran”, he wrote. American media regularly report that Washington is trying to speed up the process of replacing the RD-180, but the American developers have so far failed to create a competitive engine that could replace it in the coming years.

Last April, Tori Bruno at the fields of the 35th Space Symposium in Colorado Springs said that the quality of Russian RD-180 rocket engines is at a high level and the United States has never had any issues with supplies.
Source: OREANDA-NEWS
Другие новости: