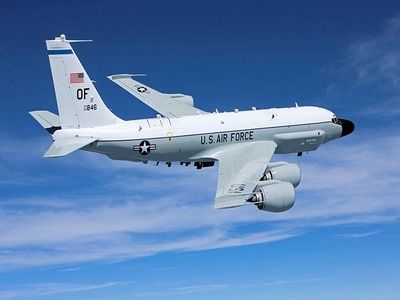 WorldMilitary securityInternational activitiesEvents
OREANDA-NEWS. Three U.S. Air Force reconnaissance aircraft, the Boeing RC-135W, Boeing RC-135S, and Boeing E-8C, as well as the American strategic reconnaissance drone RQ-4 Global Hawk, were seen in the sky over the Korean Peninsula between Tuesday evening and early Wednesday morning. This was announced by the military equipment tracking service Aircraft Spots on its Twitter page.

As noted by the Yonhap agency, this information appeared amid concerns about the possible launch of intercontinental ballistic missiles from the DPRK on the eve of Catholic Christmas. According to him, the US Air Force extremely rarely fly several aircraft in the area at once.

At the end of December, the deadline that Pyongyang established for Washington to work out a mutually acceptable compromise in the negotiations on the issue of denuclearization. On December 3, Deputy Minister of Foreign Affairs of the People’s Republic, Lee Tae Song, said that everything now depends on the United States, which will have to choose a "Christmas present" for itself. On December 24, U.S. President Donald Trump announced that the United States would find out what the DPRK’s Christmas present could be and successfully deal with it.
Source: OREANDA-NEWS
Подписывайтесь на наши группы: Instagram | VK | Facebook | Twitter
Материалы по теме: