In the Democratic Republic of the Congo, a Military Transport Aircraft Crashed 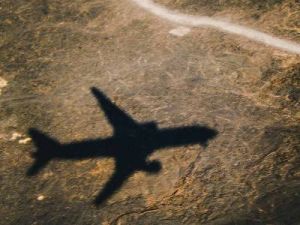 OREANDA-NEWS. The American journalism company Politico reported that in the eastern part of the Democratic Republic of the Congo (DR Congo) An-72 military transport aircraft crashed.

The airplane had disappeared on October 10. Next day, the director general of the Civil Aviation Authority of the DR Congo reported that debris was found in the province of Maniema in the east of the country.

Eight persons, including four crew members and the members of the administration of the president of the country Congo, Felix Tshisekedi, were on board. Among the pilots could be citizens of Russia and Ukraine. Their names are not yet called. Information about the deaths of Russians is checked by the Russian embassy.

The plane departed from the city of Goma at 13:32, it flew to the capital of the country Kinshasa. An-72 did not reach point of destination, 59 minutes after departure, communication with the aircraft was lost.

Data on the passengers of the crashed plane were not disclosed. L’Actualite magazine citing a source close to the president reported that on board could be the personal driver of the President of the DR Congo and three security officials of the head of state.