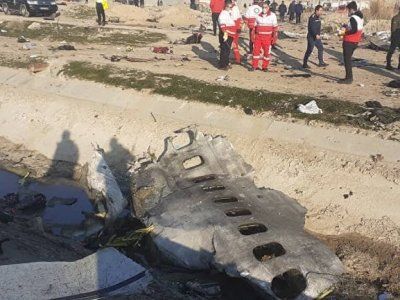 Iranian Authorities Stated a Cause of Ukrainian Boeing’s Crash

OREANDA-NEWS. The cause of the crash of Boeing 737 owned by Ukraine International Airlines, which crashed after departure from Tehran’s airport, was a fire of engines.

This was reported by Irna agency with reference to the press service of the Iranian Ministry of Roads and Urban Development. “If the emergency was caused by a missile, the plane would explode in the sky, but the cause was a fire in the engine, as well as the pilot’s unsuccessful attempt to take control of the airliner, which led to the crash,” a representative of the agency said, commenting on reports that the Ukrainian aircraft crashed after accidental hit of a missile.

Boeing 737 crashed after taking off from Tehran Imam Khomeini International Airport on January 8th. The plane departed at 6:12 and after 2 minutes stopped transmitting data. According to preliminary information, 167 passengers and 9 crew members were on board, all of them died.