A New Surprising and Dangerous Property of Coronavirus Has Been Discovered 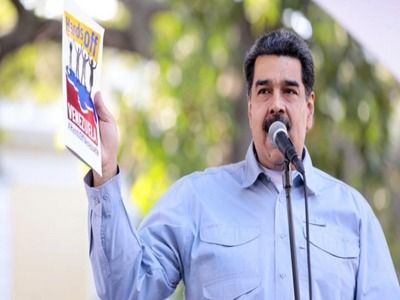 WorldMilitary securityInterstate relationsMinistries and departments
OREANDA-NEWS. Venezuelan President Nicolas Maduro is grateful to Russia for supporting the sovereignty of the Latin American country and solidarity with its people. He stated this in an interview with the Russian television channel, a fragment of which was shown on Monday. “Russia with its global leadership has come out with strong support for the sovereignty of Venezuela and its right to peace. And I thank Russia and the entire Russian people for their understanding and for their solidarity with the people of Venezuela”, he said.

Maduro noted that relations between Russia and Venezuela are characterized by mutual trust of leaders. He said that he was in constant contact with Russian President Vladimir Putin. “We have met countless times in Moscow, as well as at various international venues. We constantly exchange letters with common views and suggestions for the development of bilateral relations, communicate by phone”, Maduro emphasized. “And, of course, we will be in the coming days, weeks. continue to advance our relationship further", he added.

Earlier, spokesman for the President of the Russian Federation Dmitry Peskov said that the visit of the President of Venezuela to Russia is expected in the near future. In July, during a trip to Caracas, Deputy Foreign Minister Sergei Ryabkov discussed preparations for Maduro’s visit to Russia. The situation in Venezuela escalated after the Venezuelan opposition leader Juan Guaidó, whose appointment to the post of speaker of the parliament two days earlier was canceled by the Supreme Court, declared himself acting president. He was recognized as the interim head of state by the United States, Lima Group countries (except Mexico), the Organization of American States and most EU countries joined them.

Maduro called the incident an attempted coup and announced the severance of diplomatic relations with the United States. Russia, Belarus, Bolivia, Iran, China, Cuba, Nicaragua, El Salvador, Syria and Turkey spoke in support of it.