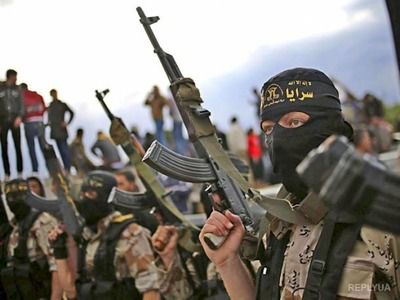 WorldSocial associationsMilitary securityInterstate relations
OREANDA-NEWS. The Syrian armed opposition, supported by Turkey, sent about 2,000 of its fighters to Libya to support Faiz Sarraj's Government of National Accord. This was reported on Wednesday on its website by the newspaper Guardian.

According to her, about 650 fighters left Syria at the end of 2019 and have already arrived in Tripoli. Another 1350 fighters arrived in Turkey on January 5, where some of them undergo training in training camps in the south of the country. According to the publication, they will then join in Libya in the unit, named after one of the leaders of the Libyan resistance of the last century, Omar al-Muhtar. According to the newspaper, the fighters of the Syrian opposition signed contracts with the PNS for six months, according to which they will receive $ 2 thousand per month.

On November 28, an agreement on military cooperation between Turkey and Libya was signed in Istanbul, which provides for the training, preparation, structuring of the legal base, as well as strengthening relations between the military of the two countries.
Source: OREANDA-NEWS
Материалы по теме: