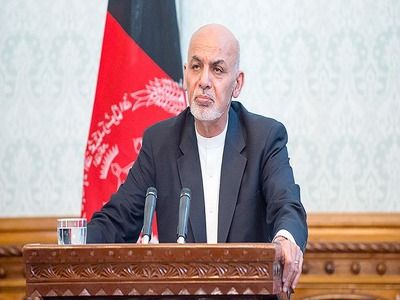 President of Afghanistan: Our Relations with the United States Are Excellent

WorldInterstate relationsDiplomatic organizationsMilitary security
OREANDA-NEWS. Afghan President Ashraf Ghani described his relationship with US leader Donald Trump as excellent. He said this on Friday in an interview with the American television channel at the World Economic Forum (WEF) in Davos. “I am one of the few leaders who have an excellent relationship with Trump”, Ghani noted. “I have no problems working with Trump. I shape my attitude in terms of the priority tasks that Trump promised to solve for the American people. The question is how do we find common ground so that we can move on".

Ghani also expressed hope that the US military would finally leave Afghanistan within 10 years, noting that compared with the situation five years ago, the number of foreign soldiers in the country is now minimal and does not significantly affect its development. The President added that Afghan society is ready to negotiate with the Taliban (banned in the Russian Federation) if its representatives stop the violence. He stressed that the United States is not responsible for the security of Afghanistan.

On November 28, during an unannounced visit to Afghanistan, US President Donald Trump announced that the Taliban want to conclude a peace agreement with Washington. He also noted that the United States is reducing the size of its contingent in Afghan territory to 8.6 thousand troops.
Source: OREANDA-NEWS
Материалы по теме: